Final report, the commercial star-ship Nostromo. Third officer reporting. The other members of the crew—Kane, Lambert, Parker, Brett, Ash, and Captain Dallas—are dead. Cargo and ship destroyed. I should reach the frontier within six weeks. With a little luck the network will pick me up. This is Ripley, last survivor of the Nostromo, signing off.

The Wretched is a solo journaling RPG played with a deck of cards, a tumbling block tower, and a microphone.

You are the last surviving crew member of the intergalactic salvage ship The Wretched. Adrift between stars after an engine failure, your ship was attacked by a hostile alien lifeform. The crew are dead.

You thought you had won. You launched the creature out of an airlock, and that should have meant safety.

You play a lone survivor of an horrific attack. You have seen and done terrible things, you have seen your friends - your found family - brutally butchered by something you can’t even begin to comprehend, something that you were sure didn’t exist until it manifested itself aboard your ship.

You are existing on the edges of your endurance, high on adrenaline and fear and desperation. You are sure you won’t survive this, but all you know to do is to keep fighting.

The Wretched is inspired by the music of John Carpenter and Nine Inch Nails, as well as You Are Not Alone In This Lifeand you will die alone out here in the black by Auden Roswell.

The Wretched comes as a 20 page A5 zine ready for printing, or as a single-page, vertical-scroll hyperlinked PDF.

The Wretched also comes with unique soundtrack written and recorded specifically for this game. You can listen to a sample of the soundtrack below.

In order to download this experience you must purchase it at or above the minimum price of £12 GBP. You will get access to the following files:

Support this experience at or above a special price point to receive something exclusive.

If you're in need and can't afford a copy of the game, help yourself to a community copy of the digital zine. These copies were generously provided by backers on Kickstarter.

The Wretched was originally published in an edition of 25 print copies that sold out immediately. After a successful Kickstarter earlier this year, I'm now accepting pre-orders for the new print edition.

Pre-Orders through itch include the cost of postage. You can also pre-order directly from Loot The Room.

Orders will initially be fulfilled from leftover Kickstarter stock with foil stamped covers. After they are gone, a new run without the stamping will be ordered. Foil covers can't be guaranteed and are first come, first served.

Orders will ship mid-late December and aren't guaranteed before Christmas.

Has this reward sold out? Pre-Order the new print edition here 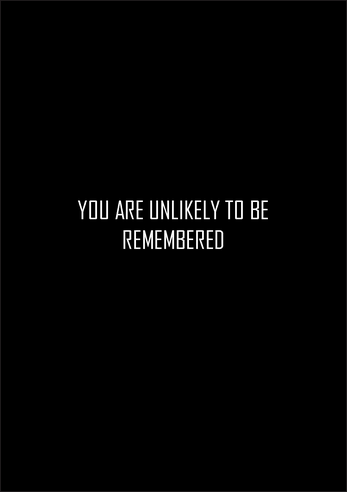 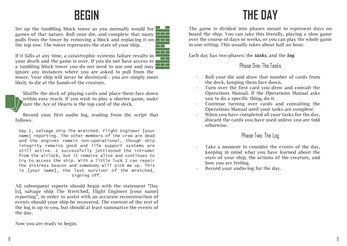 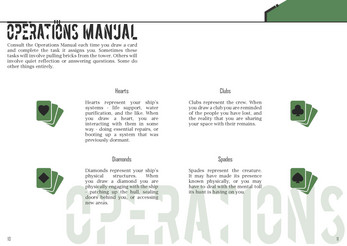 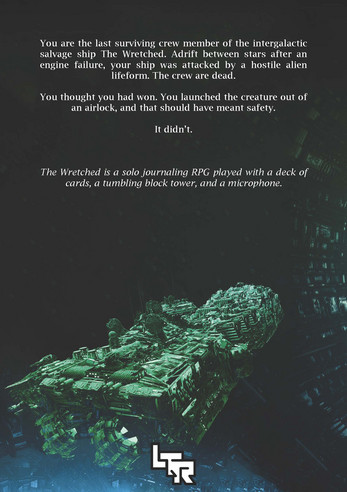