In The Bluelight is a frozen dungeon crawl adventure by Chris Bissette.

You can check out the plain text version of the adventure for free here.

Miseries grip the world, inevitable and unending. The Doomsayers scream that they can't be stopped, that the end is nigh, that the seventh Misery will come and the world will burn. Verhu's word has never yet been wrong.

Maybe there is hope out there in the ice, where time rolls like sludge. Where the end is, perhaps, not quite so inevitable.

In The Bluelight is an adventure designed to be played over two or three sessions. You’ll need the MÖRK BORG core game to play it, unless you want to convert it to another system. I literally can’t stop you doing that and have very little interest in trying.

The adventure will be published as an A5 saddle-stitched softcover zine. Internal pages are 135gsm silk and the cover is 250gsm silk with matt lamination. If we raise £2000 there will be silver foil stamping on the front cover. This is the same specification as Treasures Of The Troll King and it makes for a beautiful zine. 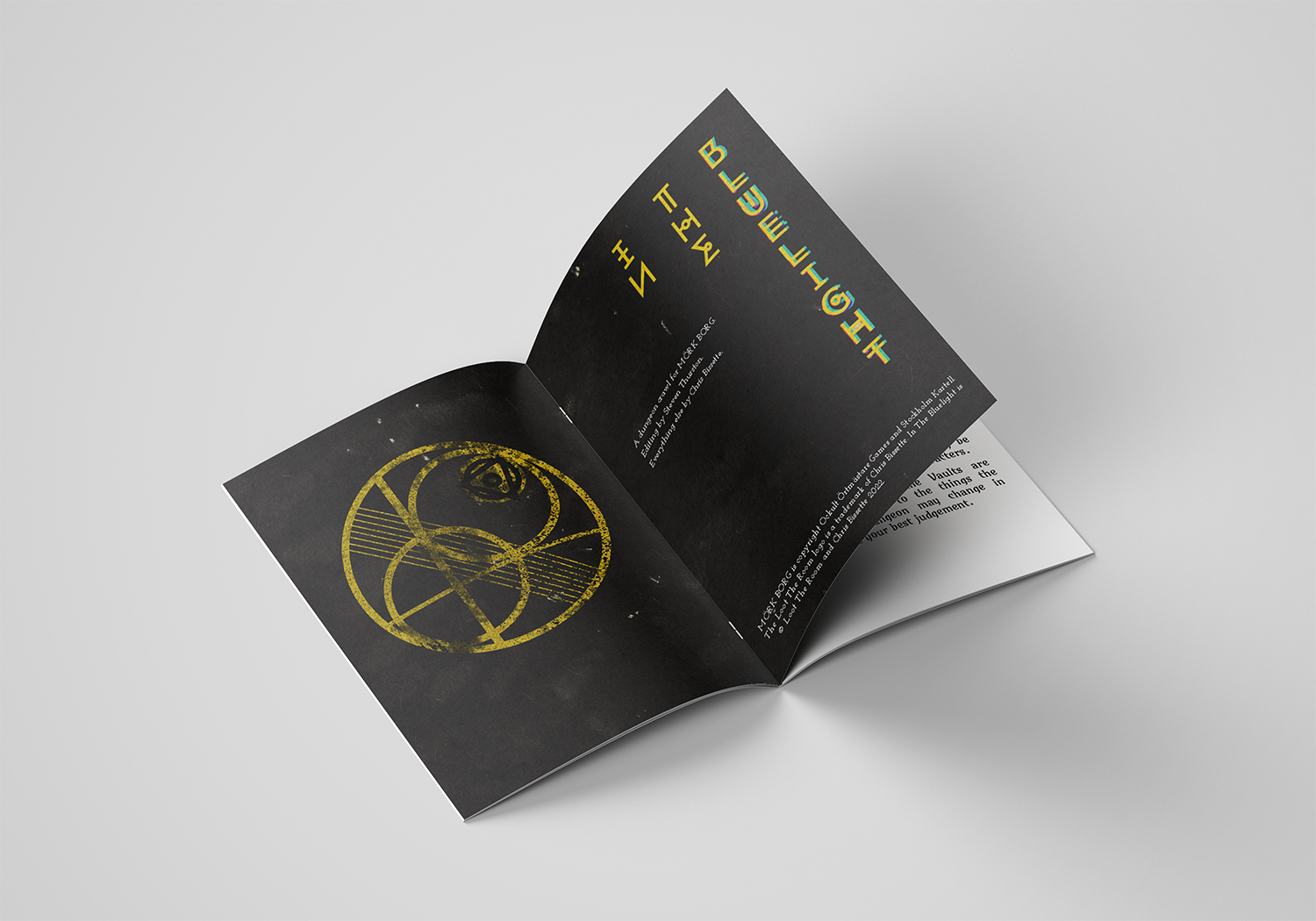 In The Bluelight takes characters deep beneath the barren wastes of Kergüs, where an ancient artefact that holds the power to stop the Miseries afflicting the world lies buried beneath the ice. There is treasure frozen into the icy walls, too, and if you were to extract it you would return home rich. But the thaw that opened the Ice Vaults will not last forever, and if the characters tally too long they’ll find themselves trapped inside the glacier for the rest of their short, shivering lives.

The adventure itself is a sprawling dungeon over three levels packed full of NPCs, weird encounters, and a subterranean maze haunted by the oozing remnants of a third prophetic basilisk. It comes complete with encounter tables for the long trek across the ice fields of Kergüs, and new scriptures from the Arkhian Theurgy that replace the Calendar of Nechrubel while inside the dungeon, making the ice shift and change as the players spend more time in the Vaults.

The dungeon portion of the book mimics the layout of Rotblack Sludge, the introductory adventure found in MÖRK BORG, so it’s familiar and easy to use at the table.

MÖRK BORG is a blackened artpunk doomsday rpg  about miserable bastards and heretics enduring a bleak, dying world.  It’s a doom metal album of a game. A spiked flail to the face. Rules  light, heavy everything else. It’s made by Pelle Nilsson of Ockult  Örtmästare Games and Johan Nohr from Stockholm Kartell, and published by  Free League Publishing.

In The Bluelight is an independent production by Loot The Room and is not affiliated with Ockult Örtmästare Games or Stockholm Kartell. It is published under the MÖRK BORG Third Party License.

In order to download this adventure you must purchase it at or above the minimum price of £6.66 GBP. You will get access to the following files:

Hey Chris! Any way you could add a blank page before or after the cover in the digital version so the two-page spreads can be viewed together as intended?

For reference, if you got to View > Page Display in Acrobat in a PDF that's exported as individual pages, you can set it to "Two Page Display". If you also make sure that "Show Cover Page In Two Page View" is checked you'll be able to see it in spreads with a separate cover page.

Thanks for both the spreads version and the Acrobat tip. Wasn't aware of that feature. 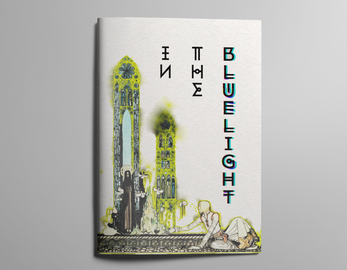 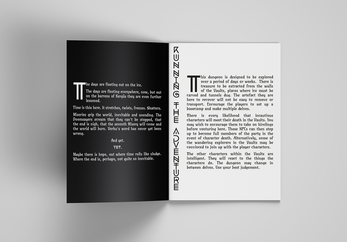 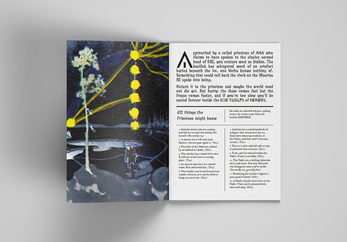 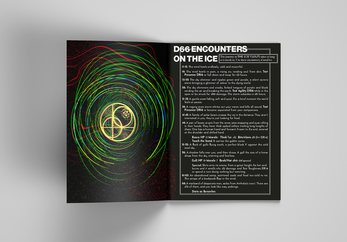